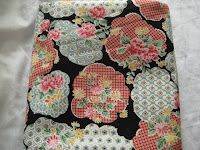 It's really good to have sisters. It's especially good when one of them works from home,
allowing you to drop your seeds of destruction for an hour or so to go fabric shopping!

So off I happily went, also feeling a little guilty as we mother's do.
I grabbed a trolley and strolled through the aisles looking for treasures.

An hour and a bit later, could have been longer, probably was longer (I wasn't keeping time)
I went to the counter and was met with great enthusiasm by my favourite lady there, Kristina. She is sooooo fabulous. She makes you feel as if you've made the most wonderful choices in the entire world.

She praises each fabric bolt and guesses what you'll end up making with each selection.
She then made some specials for me. Such as saying I had 2.2mtrs of the pink stuff at $4 /mtr, instead of measuring what was left on the bolt.
She gave me $3/mtr of the left over quilted calico, instead of it's usual $9.95 tag.
The Oriental quilting above came up as $5/mtr instead of the $8 special (perhaps a lap quilt she suggests)
Are you getting the drift why I adore this lady so much : )

Underneath is the pink stuff for myself. I think it will turn out to be a top.
I don't have any idea what else to do with it.
The blue flowery dobby will also have the same fate. 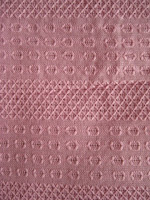 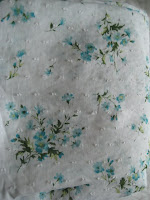 Below is some interlock for my Little man. Some soft jammies.
It was too cute to pass up even if it wasn't on special. Because my Little man is. 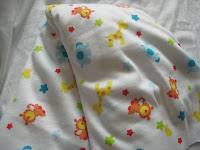 Kristina said to bring in the boy so she could meet him next time.

I think I most definately will.