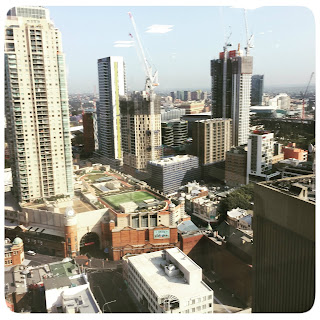 Last week I was in the city doing some ITIL training. Urghh it was very dry material. Last time I did probably was around 10 years ago. So some of it at least made sense to me. It involved going to Central and being nice and high in the sky again. I did enjoy being away from the office but I did not enjoy the studying part. The trainer wanted us to study 3hrs per night. Oh my, little does he know the life I live with children! Anyway, I would read my hand-book on the train to and from home and studied for a few hours after dinner, amongst my chores. On the third day we revised and sat the exam after lunch. The pass mark is around 60%, I got 85%. I felt so good after but we were all stressed out right before the exam. I even felt as though I didn't answer all the questions correctly.

The other good thing was being so close to Market City (in the pic) so I got to shop during lunch, which my friend found quite funny! 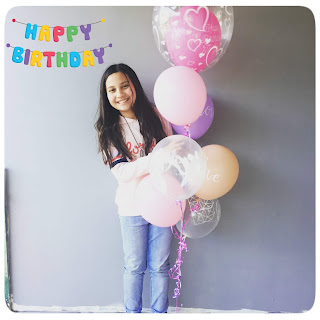 My first-born turned (16) ahem! 12. She's 12 and quite mature but it means she has no patience for her younger brothers and sisters. Anyway, I got her a cake and these balloons for her birthday. She wanted more presents (who doesn't?) We bought some stuff that was on-sale from Typo. She wears my clothes, shoes and drives me crazy but really she is a great girl. I don't worry that she'll be in with the wrong crowd and wear short skirts etc She's upset that she'll miss out on the first week of school but hey, we're going on a cruise whether she likes it or not. 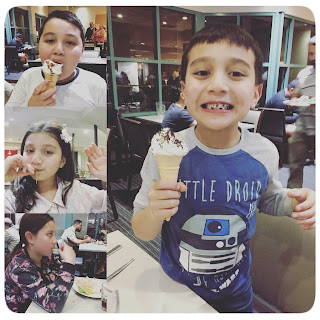 Here they are at the local bowling club having a great time eating at the buffet. Best. Dinner. Ever.
It was to celebrate our wedding anniversary. The 12yr old purposely tried to look bored. Hubby and I loved the prawns and I particularly enjoyed the choc mousse and trifle. Yumm.

Did I say I was on a diet? What diet? 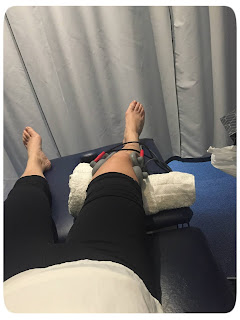 Oh, I did my knee. Not badly but it may as well have been since I can't run on it. I wore a knee brace and it wasn't good enough. I tore my medial ligament i.e the inside of the knee. Anyway, I'm seeing a physio, I can't play b'ball, it was painful just to walk for a week but now it's on it's way to recovery. I can start doing lunges and strengthening my knee again. At least I can get on the bike again. 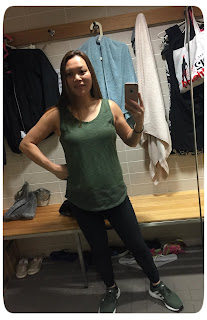 This is me this morning. I'm no longer on the BodyTrim shakes. I tried the vanilla flavoured one but I didn't like it. I was also finding that it was giving me *gas* at work so I decided to stop. I could only do upper body work-outs last week so it prevented me from exercising how I wanted.

Anyway, I'll keep going with eating smaller meals and adding more veggies to my plate. I'll keep you updated on how things are travelling with it but you know what, I like the way I look and feel and I think at the end of the day, that's what really matters.